JOB DESCRIPTION: Speaking truth to power. You will be a leading figure in the fight against tyranny, oppression and injustice. Equally, you will come down hard on abuses within the ranks of those fighting tyrants, oppressors and the unjust.

You will point to the plight of people in Darfur, in the Gaza Strip or in Iraq, not fearing being blacklisted by powerful and cynical lobbies. You will tell fallen heroes, such as Robert Mugabe, that they have fallen, and how steeply, how shamelessly.

You will speak up for saints but also for “sinners”. You will befriend kindred souls such as the Dalai Lama, remind the world often about the fate of Aung San Suu Kyi (now “released” into the larger prison that is her country and behaving in a way thoroughly undeserving of the Nobel Peace Prize) and berate the world and your own denominational group, in fact, for obsessively discriminating against women and against lesbians, gays and others.

You will have in your heart abundant and equal space for those who share your beliefs and those who don’t — theists and atheists, Christians and Muslims, Jews and Zoroastrians, Hindus and Buddhists, Animists and Baha’is — you name it. You will laugh off challenges from those who tauntingly question your beliefs, while respecting their own beliefs or lack thereof.

QUALIFICATIONS: A sense of humour is essential, especially a readiness to laugh at your own expense, much like the Dalai Lama.

It would be a great advantage if your laughter wells up in such a way that the peels seem to start in the soles of your feet, rising gradually, delightfully through your stomach and lungs and throat, then going forth to tickle the ears of your audience, radio listeners and television viewers in all corners of the globe, warming the cockles of their hearts. (For instance: http://www.youtube.com/watch?v=AMtPIXflGWw

Equally, you will weep sincere, empathetic, bitter tears on hearing of or investigating instances of gross injustice, cruelty, misery, pain and suffering, perhaps while visiting sites of atrocities, perhaps while presiding over a truth and reconciliation exercise.

You may be, in the late Nelson Mandela’s words, “sometimes strident, often tender, never afraid and seldom without humour” and you “will always be the voice of the voiceless”.

By the way, you will have the gall to stand up even to people like the late Madiba, that greatest of humans in a world that has run out of great people, tell him where he gets off or, well, tick him off over his preference for batik shirts.

In short, you will have to replace the IRREPLACEABLE — that gem of a person, ARCHBISHOP DESMOND TUTU, who turns 90 today, 7 October 2021.Eleven years ago he announced he was going into — richly earned — retirement, to, in his own words, “sip Rooibos tea” with his “beloved wife in the afternoons, to watch cricket, to travel” and to visit his children and grandchildren. But the Arch has occasionally been raising his irrepressible voice against injustice and tyranny! In 2012 he refused to attend a forum that also had Tony Blair, citing the latter’s lies prior to the invasion of Iraq. 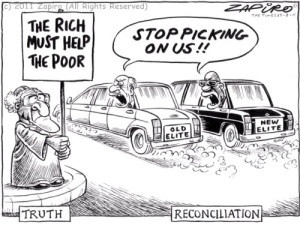 The author, N. Jayaram, a journalist now based in Bangalore after more than 23 years in East Asia (mainly Hong Kong and Beijing) and 11 years in New Delhi, was with the Press Trust of India news agency for 15 years and Agence France-Presse for 11 years and is currently engaged in editing and translating for NGOs and academic institutions.
View all posts by walkerjay →
This entry was posted in Uncategorized and tagged Apartheid, Desmond Tutu, injustice, Mandela, Rabble Rouser for Peace, South Africa. Bookmark the permalink.